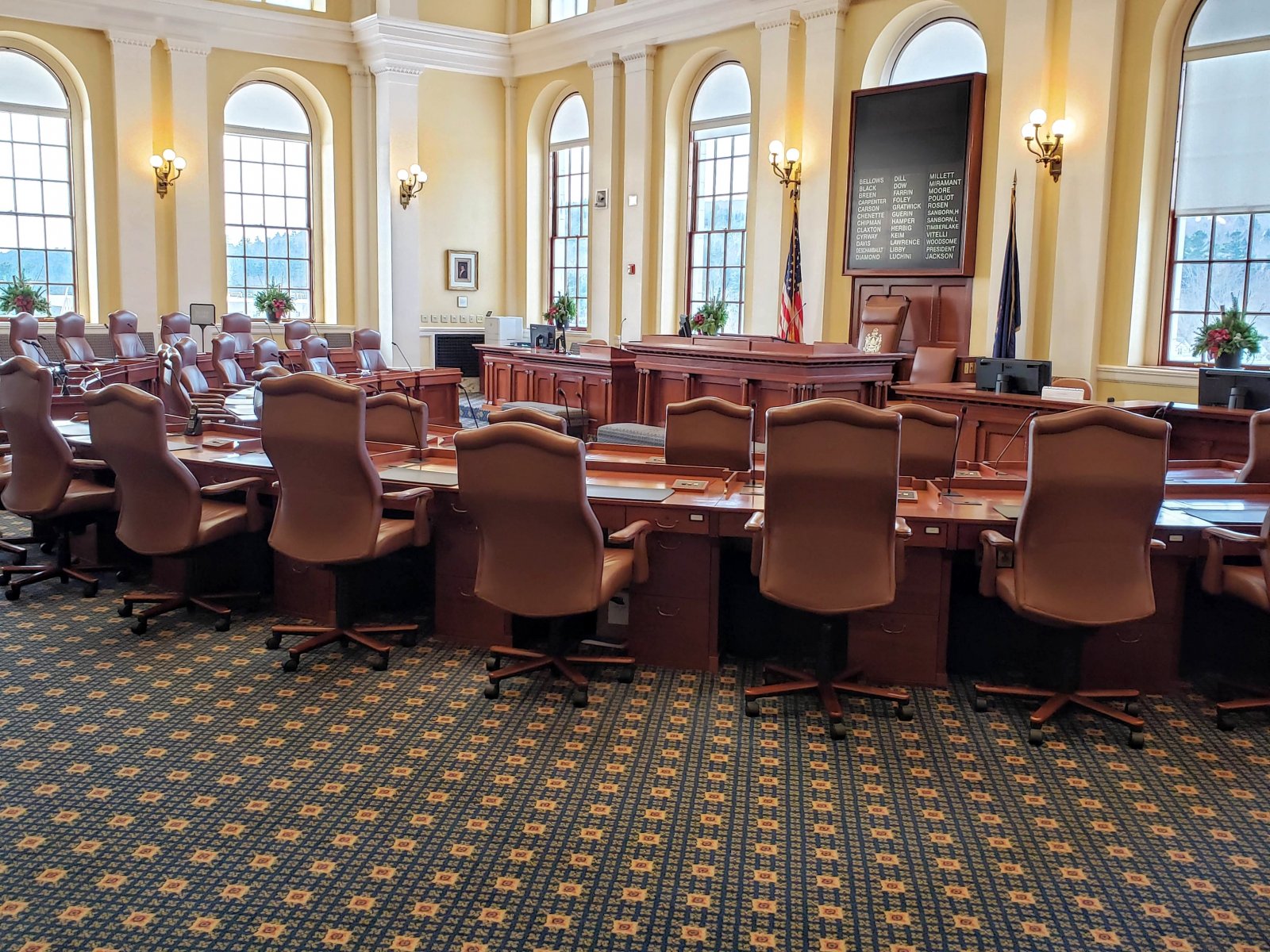 The Senate is the upper chamber of the Maine Legislature and serves as the final confirming body of all bills passed before they are sent to the Governor. The Senate has remained constant in its form of organization as a Constitutional body since its establishment in 1820.

As defined under Article IV, Part Second, Section 1 of the Maine Constitution, the Senate currently consists of 35 Senators. Each Senator is elected for a term of two years and limited to four consecutive terms. A Senator must be a citizen of Maine for at least one year, be a resident of the district for at least 3 months prior to the election and continue to reside within the district during the term of office, and be at least 25 years of age at the time of election.

Of the 34 Senators of the 130th Maine Legislature (currently 1 vacancy), there are 21 Democrats and 13 Republicans.

The Senate elects a President, who presides over all its proceedings; a Secretary and Assistant Secretary, who serve as chief administrative officers.