About the Maine State Senate 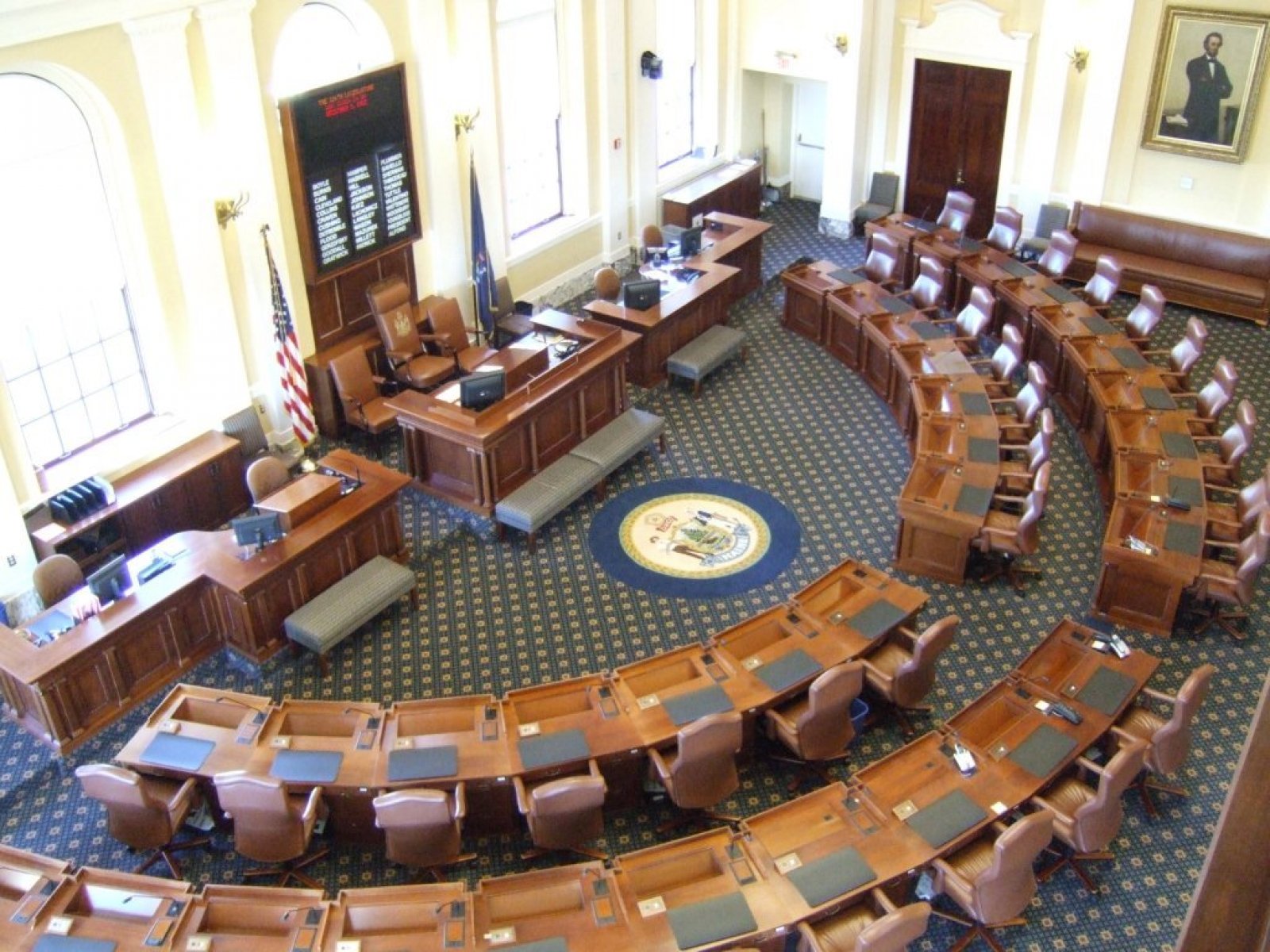 The Senate is the upper chamber of the Maine Legislature and serves as the final confirming body of all bills passed before they are sent to the Governor. Under Article IV, Part Third, Section 9 of the Constitution of Maine, the Senate may originate all bills except those proposed for the purpose of raising revenue. It may, however, amend bills for the raising of revenue, provided that the amendment is not in fact used to introduce new raises in revenue. The Senate is the sole judge of the qualifications of its members. It maintains sole authority to punish or censure its own members; it has the power to imprison persons who are not Senators for contempt; it determines its own rules for Senate proceedings, and it maintains a permanent journal of its proceedings. By Constitutional Resolution, passed during the First Regular Session of the 107th Legislature and adopted by the voters in November 1975, the Senate is empowered to confirm all gubernatorial nominations requiring Legislative approval (formerly confirmed by the Executive Council). Article IV, Part Second, Section 7, empowers the Senate to try all impeachments. The Senate has remained constant in its form of organization as a Constitutional body since its establishment in 1820. As defined under Article IV, Part Second, Section 1 of the Constitution, the Senate currently consists of 35 Senators. Each Senator is elected for a term of two years and limited to four consecutive terms. A Senator must be a citizen of Maine for at least one year, be a resident of the district for at least 3 months prior to the election and continue to reside within the district during the term of office, and be at least 25 years of age at the time of election. The Constitution requires that the Senate be reapportioned every 10 years, by the Senate itself or, if the Senate fails to do so within the required time, by the Maine Supreme Judicial Court. In 2003, the Maine Supreme Judicial Court apportioned the Senate. The Senate elects a President, who presides over all its proceedings; a Secretary and Assistant Secretary, who serve as chief administrative officers. The major political parties in the Senate each elect their own leaders and assistant leaders who, by statute (3 MRSA, Section 168), are permitted to hire their own staff assistants, with the approval of the presiding officer.